Maestro José comes from a family of strong feminine and masculin healers and embodies a beautiful balance which brings strength, kindness, warmth and compassion to our work.

Maestro José brings our healers together and leads the work from his immense knowledge, power and wisdom. For many years he has worked with his mother Maestra Ynes, at her center Niwe Rao Xobo. They keep on helping each other and collaborate whenever they can. The Maestro currently works in close collaboration with the Temple of the Way of Light and often travels abroad with his apprentices.  His full dedication to his vison and mission bring him to raise various meaningful projects as well as to constantly explore new territoires and expend his knowledge.

We are blessed to count with Maestra Ynes who accompany us from her center through her astral vision and guide the younger generation of healers with her invaluable experience and knowledge of plant medicine
Our team of Maestras and Maestros are on site everyday to take care of the Dieteros on long traditional Dietas and accompanies the works during the 14 days healing and purification Dietas.
Meet our Maestros 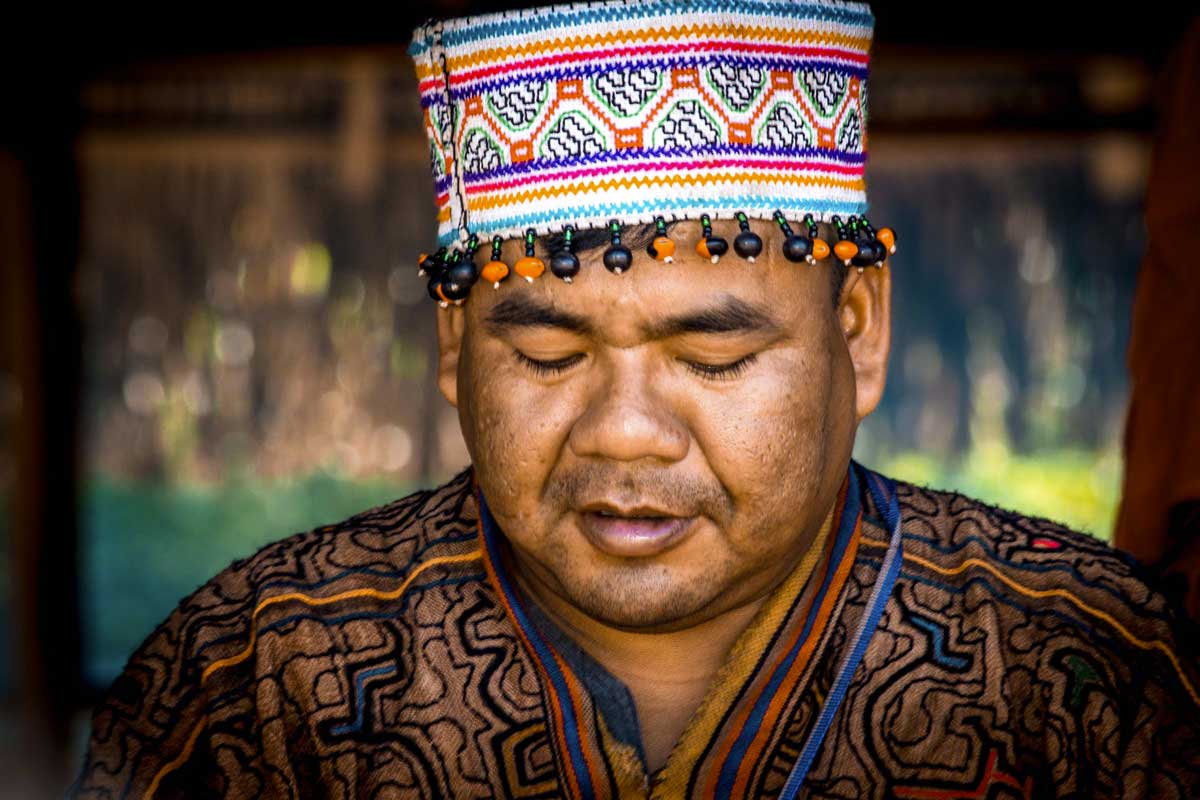 His name in Shipibo is Sany Meny "The mesenger" - 38yrs. Working with plant for 30 years. Favorit plant: Shiuahuaco

Jose Lopez Sanchez was born in the native community of Raoboya and named after his grandfather, the highly respected Meraya healer Jose Lopez. He was given this name with the intention of inheriting his medicine wisdom and knowledge.

At just 7 years old, Jose began to prepare physically and mentally to enter the world of plant medicine, and at 10 began his first dieta, which was a one-year dieta with a very powerful tree, Shihuahuaco. He then continued Niwe Rao and Noya Rao in succession, from 11-12 years old.

At 13, Jose’s grandfather passed away and Jose continued to learn with his uncle and his mother, the well-known and respected Maestra Ynes. At 16 he began healing people in his community, and then in Pucallpa and traveling within Peru. José now travels the world, in addition to working in the Amazon.

José is an incredibly powerful healer, who is able to unblock and release negative energies and find the root of where an individual’s issues is held, whether in body, energy, or spirit to align and harmonize the individual.  His role in his family is that of protector.  Jose  teaches and communicates in a unique, generous and accessible way.  He conducts his ceremonies and Dieta with extreme tenderness, kindness, compassion, clarity and firmness.  Despite his incredible power and knowledge, Jose remains deeply humble, passionate about the limitless possibilities of learning and sharing.

For further information or to apply for a Dieta

The Temple of The Way of Light

The Way of The Warrior

We respect your privacy.  We will send you as few email as possible.